The world needs to turn to renewable energies as a factor of sustainability and the number of countries that have defined policies and goals in this area is increasing.

And among the renewable sources the photovoltaic solar is 11 times inferior to the hydric one and still 3 times less than the eolic.

Photovoltaic solar power reached 100 GW/year installed in the world in 2017 (less than 1% is floating) which represented $161 billion invested but it still represents only 1% of the world’s electricity needs today.
The top five markets – China, United States, Japan, India and the United Kingdom – accounted for about 85% of additions in 2016.

While China continued to dominate both the use and manufacturing of solar PV, emerging markets on all continents have begun to contribute significantly to global growth. 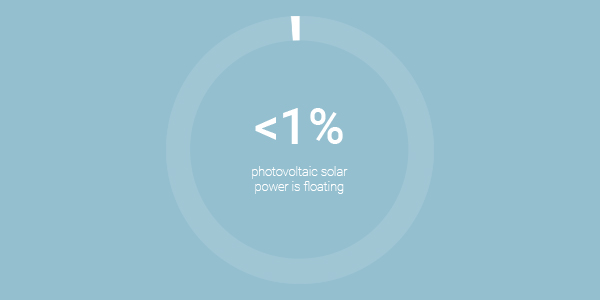 The forecast for 2020 is an optimistic scenario: the installed capacity of photovoltaic solar grows up to 700 GW, meaning, it may triple in only 5 years.

From 2014 until today the investment in solar photovoltaic is the largest of all renewable sources.

And this is even more significant since the prices of the modules have declined more than 75% since then.

In many countries solar photovoltaic is already the cheapest source of electricity generation. There are even recent contests in which it appears as more competitive in terms of electricity tariff to inject into the grid than the wind. 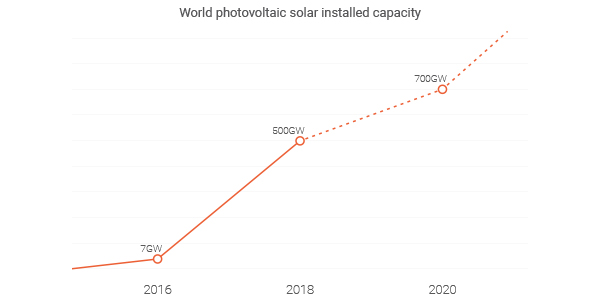